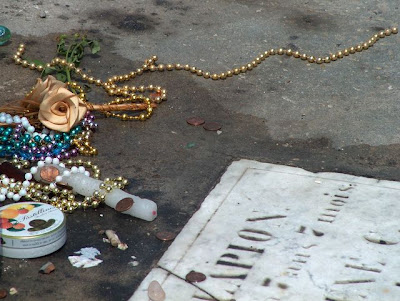 I have now picked some books to be read during the Southern Reading Challenge. You can see the list a bit down on the sidebar to the right.

Midnight in the Garden of the Good and Evil has been on my shelf for years (I adore that cover), so that one was easy. I tried to find a cheap copy of Eudora Welty's collected short stories to purchase online, but she is one expensive lady (remember, I am in Denmark and cannot buy from North American sites w/o paying heavy taxes). I also tried to find used copies and they were even more expensive. So I went to the library's website and found a lot there, luckily. I immediately ordered two books, and here I am hoping that some of you are able to help. I could not get any of her works in English, so it had to be in Danish. Any of you know which of her works it could be: The first one is called, when I translate the Danish title directly, "Small Narrow Souls" and the other one I am borrowing is called, translated directly, "Uncle Daniel's Good Heart". Any ideas?

While I was at the library's website, I also ordered Richard Wright's Black Boy and Uncle Tom's Children.

Then I bought Mudbound by Hilary Jordan, which a lot of bloggers are talking about and Joshilyn Jackson's The Girl Who Stopped Swimming online, and am now waiting for them to arrive in a week or two.

I am SO excited to begin reading, and have decided to study the American South all summer, specially the literature. That is why the image on top is from the tomb of Marie Laveau in New Orleans, which i visited some years back, although none of my books are about her. But I think that Midnight in the Garden of Good and Evil is also a bit about voodoo, so the photo is ok to illustrate this post....
By Louise kl. 8:57 AM

This is a great challenge. I have just read Mudbound and loved it. Didn't realise The Girl Who Stopped Swimming was a southern book too. I will have to read it. Enjoy the challenge.

Mudbound is such a good book. I mean really good. Hope you like it. I have Midnight and Swimming but haven't read either yet.

You've got great choices there, including three I've been really wanting to read. Goood luck with the challenge, Louise.

I'm really pleased you decided to read Mudbound. I haven't read any of the others, but look forward to hearing your comments on them.

Thanks a lot for your comments all. I am very excited about this challenge and look so much forward to read the books. I do have a bunch of other library book I need to read first though, so it may be some weeks before I get started on the challenge books.

Sounds like a great list! I'll be following along by reading your reviews. I have the Jackson book on my MP3 player and I've been curious about Mudbound.

Thanks Beth, I shall review all books here when read :-)

I have Mudbound, and am looking forward to reading it. I've enjoyed Joshilyn Jackson's other books, although I haven't read Swimming.

Midnight is interesting, just keep in mind that there is a lot of supposition mixed in with the facts. Have you ever been to Savannah? It's a beautiful city!

Hmmm. I've not read Midnight in the Garen of Good & Evil either, perhaps I'll have to read it this summer too.

I have Mudbound on my list for this challenge. I was looking up possible titles for Welty but I don't see any that come close to the titles you've described. Your project sounds great!

I jsut got the Welty books from the library and they are:

A Ponder Heart is a small book, which I expect to read fast, whereas the collection of stories is a bit bigger.

Softdrink, unfortunately no. I haven't been to Savannah! I wish!!!! But I've seen the movie build over the book, and the movie was definitely interesting.

Bookwormom, I have flipped through it from time to time, but now I gotta read it. Just hope I can put all images from the movie away and make my own when reading it.

Welcome to the challenge! Betterlate than nevah, I always say! ;D You have some great books and I look forward to getting to know you! :)